skip to main | skip to sidebar

Welmer On Women "Shooting Themselves in the Foot"

How Women Are Shooting Themselves in the Foot
by Welmer on May 20, 2010

I’ve written before about the decline of the matriarch, and how women used to have a high-status role within the family in traditional societies after they reached a certain age. This role of matriarch was, of course, partly dependent on the status of the husband (but not entirely), and therefore created a vested interest in cooperation between husband and wife throughout the many years of marriage. For example, if a man and woman got married while young, the husband would strive to work his way up to a position of stability and prosperity, and the wife had an interest in helping him do so, because she would share in that.

This is one reason homewreckers – younger women who used their youthful allure to steal older, more prosperous husbands – were held to be one of the worst examples of womanhood. Women who did this were cheating by leaping over all the hard work and dedication to jump directly into a position of affluence and comfort.

Today, however, women’s well-being has been severed from their husbands’ prosperity by government programs and family law. Although many women may see this as a liberating victory, all they are doing – in most cases – is trading in future stability and status for a short-lived power trip during their youthful, attractive years.

Some men may strike it rich while still young, but this is rarely the case. For the large majority of successful men, making their way to the top requires decades of uninterrupted dedication to their career. In their 20s and 30s, a lot of them are on a knife’s edge, and only well into middle age do they finally get a chance to rest on their laurels. All it takes is one misstep in the long path to success to derail them, and having a supportive, helpful wife throughout that journey is immensely helpful. Unfortunately, most wives no longer foot that bill. They are a dangerous liability rather than a rock of support. At any moment they could blow the entire thing apart and send the family and man’s career spiraling down in flames. Rather than partners, women have become land mines buried under the path to success.

The result of this is that the homewrecker type has become more and more the norm, as evidenced by the rash of scandals involving married, middle-aged politicians and single women. Rather than hanging in there for the long haul, women are going for the hail mary shot at the big time while they are still fertile and attractive. This has a lot to do with the lack of success younger men, who are still relatively unknown quantities, are confronting. Women figure that they have over a decade to keep shooting for the big time that could well be wasted on some guy who isn’t by any means sure to do well in life. In their minds, they are making a rational choice.

This contemporary reality is exacerbated by the fact that while young, women often make more money than men. In fact, in many parts of the country men’s and women’s salaries equalize in the 30s, and only in middle age do men begin to substantially out-earn women. Women’s greater social power when young and attractive does translate into higher salaries, but this boost wears out after the steep decline in fertility of middle age. Perhaps this explains why women are most likely to leave their husbands in their late 20s, when they feel that their status is higher than their husband’s.

Unfortunately for the women who pursue this strategy, it often doesn’t work out as well for them as they imagine. Nailing Mr. Big is out of the reach of most women, and although they may have a few passionate nights with those kinds of high-flyers, the successful men who fool around with ambitious women are usually smart enough to avoid entrapment, and very rarely marry a de facto tramp. Instead, these women end up having a string of relatively short relationships with men who know how to act the part of the alpha male, and when they hit their Wile E. Coyote moment end up in a decidedly lower status position than they would have had they married young and stuck with it for the long haul.

In coming years there will be a lot of washed up women out there working low-status jobs, unappreciated by any men, and without any financial support except their own. Men have been paying the price for a few decades now, but that isn’t going to last forever; we will adapt to the new reality and learn to avoid the walking bombs in our midst. No amount of shaming language will trump self-interest and economic reality, so cultural change is inevitable. My bet is that when the boomers start to lose power and economic clout, their outdated views will be rejected with alacrity, and there will be a return to normalcy in domestic relations. It’s a shame that they will have left so much wreckage in their wake, but human societies are known for fitful progress and reckless defiance of nature, or God if you will.

Posted by Sociopathic Revelation at 9:49 AM 2 comments:

A Legend Has Passed Away: RIP Ronnie James Dio 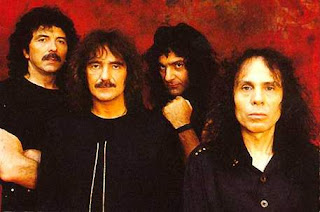 
The above pic is of singer Ronnie James Dio with the "Mob Rules" line up for Black Sabbath/Heaven and Hell, Toni Iommi, Geezer Butler, Vinne Appice, and RJD.

I wrote some of this to a friend and shared this with others, I and figured I would also write something about him on my own blog because his singing and music meant so much. There is no exaggeration that his music---and the bands he belonged to over time---had gotten me through good and bad times---and a couple of serious nadirs. I had seen him only once in concert years ago, but what an incredible experience---Dio even gave me the sign of the horns several times personally (although I made the effort to get his attention at first by practically standing on my seat!)

There's so much I could say, and throughout his music has been with me---and many others---through most my life. It has touched so many people, and when thinking MGTOW-wise, no politician, no skank, no feminist, or any or their associated and assorted ilk will NEVER bring the happiness and enjoyment to someone like Dio did turning his lifetime; the former seeks to control, ruin, and tarnish, the latter to uplift and move you. That is a testament to the power, the magic, and the inspiration he bequeathed to all of us.

This is depressing beyond belief that Dio has succumbed to stomach cancer. Our wizard for a modern age has crossed over.

Getting through work was a bitch just knowing what happened. The odd thing is that I had been listening to Dio material from the 70s all the way up to Heaven and Hell moniker, and then learned about his condition. I was hoping for the best, but at his age you can't always tell. As much as I still find it hard to fathom he isn't here with us incarnate, there is no doubt his legacy is great---there is such a wealth of material that he gave us---The Prophets, Elf, Rainbow, Dio, Black Sabbath, Heaven and Hell.

Catch the Rainbow, Ronnie. You are always with us in spirit.

Catch the Rainbow . . . by Rainbow

Posted by Sociopathic Revelation at 6:02 AM 2 comments:

Sociopathic Revelation
"Yes, indeed, men are terribly imperfect. But, after all, where do men come from? I offer this bargain to any woman: when women are perfect, men will be perfect also. In fact, this is an ironclad prediction. Until then, however, we'll just have to make do with what we have. That both sexes would be wise to tender more respect to the other is certainly true; but like everything else, this must begin with women. Very few women I know have any real respect for men -- their own sons, every one of us. They treat us like the lapdogs whose ears and tails they crop to suit their sick fashion whims. They regard us with contempt while enjoying all the comforts of the civilization we created for them -- from flush toilets to computers. Why value what you can always make more of -- what, indeed, you have already produced to excess? Front men, fall guys, whipping boys and endless cannon fodder. True, males exist to serve females' needs; but we are also human beings. And even if we were not, the Golden Rule still applies; even an all-female Congress cannot "repeal" this Law. Now and forever, you get what you give." ---Philalethes